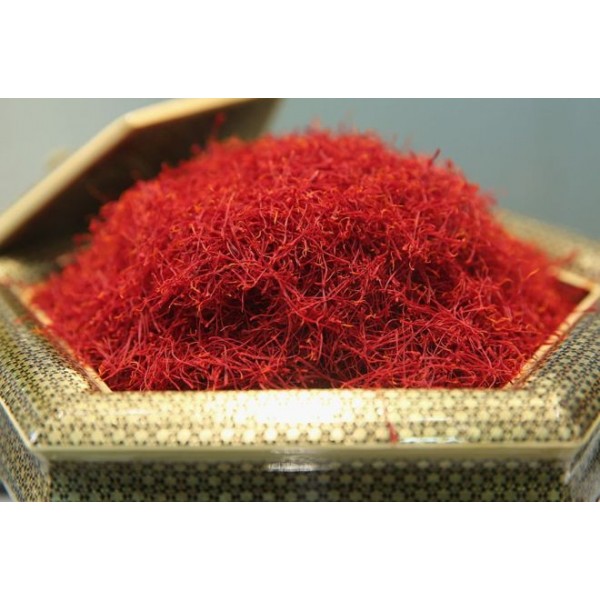 Iran produces 96% of the saffron in the world.

"People around the world should know that saffron, regardless of brand or country where it was purchased, is (generally) Iranian, even if the packaging says saffron from Spain, Italy, or Switzerland.

Farm workers have only ten days to pick the corollas which are the source of the most expensive spice in the world: saffron. Advancing in a field of purple flowers in the heart of an altitude plain in the northeast of Iran, they gently pick them up, one by one. Each of these crocus flowers (Crocus sativus variety) contains only three or four red stigmas: filaments of saffron, a national treasure.

Because Iran produces 96% of the saffron in the world, according to a study carried out by the FranceAgriMer Institute in 2013. It dominates by far the market, followed by India, Greece, Morocco, Azerbaijan, l 'Afghanistan and Spain. 700 km east of Tehran, Torbat-é Heydariyeh is the star city in this area: it alone provides a third of the world production of saffron, according to the FranceAgriMer study.

The spice is widely used in Iranian cuisine, as a dish as well as in pastries and desserts. But the red filaments of Iran are also the delight of gourmets all over the world, whether it is to make a paella, a Milanese risotto, some Indian curries or a bouillabaisse, Lusekatters, Swedish rolls, or the kulitch, traditional brioche from the Russian Orthodox Passover.